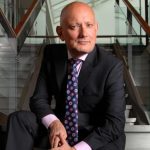 8 of the Most Energy Efficient Companies in 2020

Transportation has recently become the leading source of greenhouse gas pollution in the US. By working with drivers to transition to electric vehicles, Lyft hopes to offset tens of millions of tons of GHG emissions.

As a result of Howard’s leadership, Ikea stocks 100% energy-efficient lighting for customers. “LED lighting is another great example. LEDs use 85% less energy and last 20 times longer than incandescent bulbs,” Howard points out. Ikea is a leader in energy efficiency because they also worked with suppliers to reduce the cost of these light bulbs for their customers so that the average earn-back period for a bulb is under a year. This makes energy efficiency more accessible to more homes.

In addition to providing energy efficient options for customers, Ikea has also converted to wind, solar, geothermal and biomass sources of energy for their stores. To date, Ikea has more than 400 wind turbines worldwide and has installed around 750,000 solar panels for their stores.

Google has been carbon-neutral for over a decade. The company’s data centers are 50% more energy efficient than traditional data centers. In 2019, Google purchased enough renewable energy to match 100% of their annual energy consumption for the third year in a row. In fact, Google is the world’s largest purchaser of renewable energy, thanks to their large-scale procurement of wind and solar power.

With more than 700,000 vehicles on the road, Tesla is recognized as being a leader in energy efficiency, even by other car makers. Tesla reports that its cars have kept more than 4 million metric tons of carbon dioxide out of the atmosphere.

Tesla’s energy impact extends beyond their own vehicles.  While Tesla’s Model S is the first zero-emission, zero-gas, full-size electric vehicle, the company also produces components and technology for other vehicle manufacturers.

The coffee giant is committed to investing in clean, green energy at scale. By doing so, they are able to power their stores with renewable energy, reduce their environmental impact and support access to green power in the community.

Over the course of 10 years, Starbucks was able to steadily increase their purchase of renewable energy until reaching their goal of obtaining electricity exclusively from renewable sources in 2015.

In addition to harnessing sustainable power sources for their stores, Starbucks also invests in making green energy more accessible. In North Carolina, the company invested in a 140,000-acre solar farm which powers their stores in 6 states and Washington D.C. while also providing solar energy to other customers.

In 2019, FedEx reported it was able to avoid 3.1 million metric tons of carbon dioxide emissions thanks to fuel- and energy-saving initiatives.

FedEx recognizes their biggest area of environmental impact is their aircraft emissions. The company has committed to reducing these emissions by 30% by 2020. In addition, the company hopes to get 30% of their jet fuel from alternative fuel sources by 2030.

In addition to newly emerging bot and drone delivery options, globally the company has more than 1,000 electric vehicles in service in its fleet. This has contributed to the company’s ability to reduce carbon dioxide emissions across the enterprise by 40%.

Coca-Cola is committed to energy efficiency through water conservation, waste reduction and reducing its carbon footprint by 25% in 2020. The company generates carbon emissions through packages, ingredients, manufacturing, refrigeration and distribution.

As a global business, Coca-Cola also recognizes the impact of disposable packaging on emerging communities. The company has 3 goals related to responsible packaging of their products:

Microsoft has been carbon neutral since 2012 and commits to being carbon negative by 2030. Beyond their own business, the company has also committed to developing and deploying technology to enable their customers and suppliers to reduce their carbon footprints.

There are many lessons to be learned from these energy efficient companies. Choosing sustainable energy sources provides protection against market fluctuations and limited availability of non-renewable power sources in the future.

Most importantly, taking steps toward energy efficiency isn’t limited to big companies like those on this list. Small and medium businesses can just as easily begin adopting energy efficiency practices like switching to commercial LED lighting, updating HVAC systems and using electric vehicles in distribution fleets. By setting realistic goals and working toward them, your business can become an energy efficiency leader.